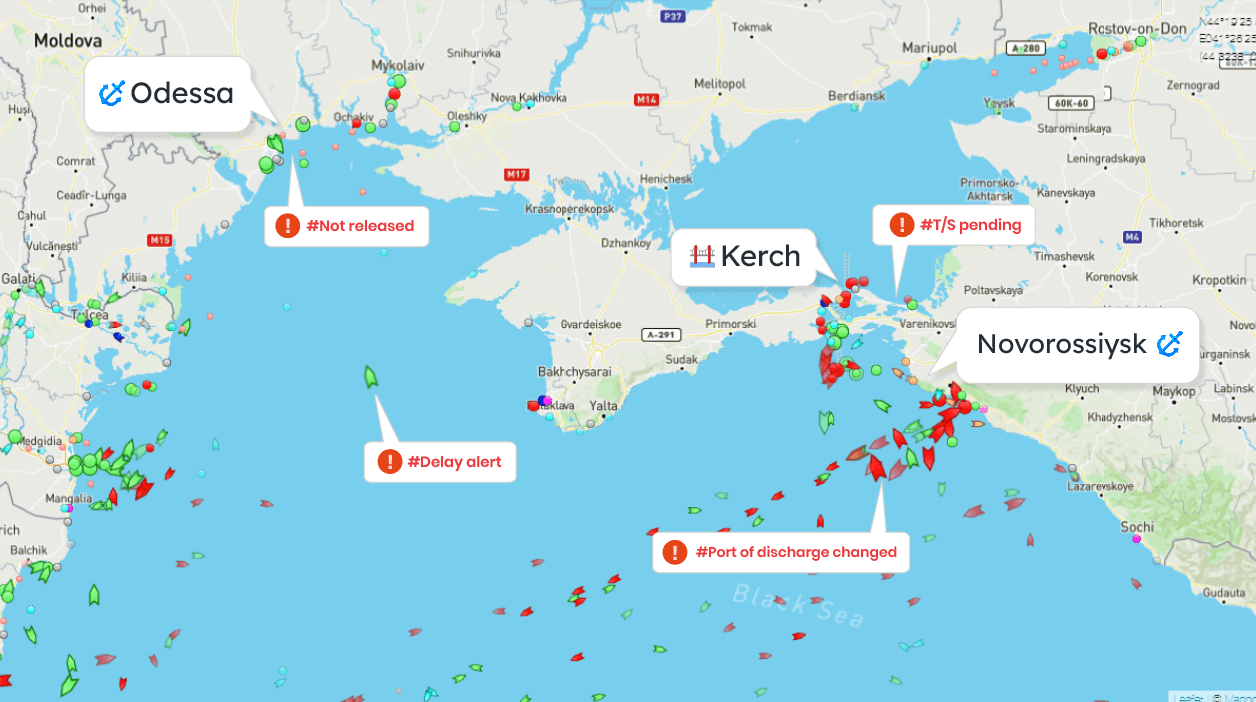 What’s Happening in the Port of Odesa

First of all, we would like to let you know that we are very sorry for the disagreement between Russia and Ukraine. We hope that the increasing tension in the region will end before it affects people, nature, and economic activities further. This article will highlight ShipsGo’s actions regarding the status of Odesa Port.

We regret to say that Russia intervened militarily in Ukraine. The unsafe environment in the country led to interrupted commercial activities. In particular, this situation greatly affected the Odesa Port, an important trade port in the region. Important carriers such as Maersk, Hapag Lloyd, and MSC stopped booking the region. Many shippers, cargo owners, and carriers have been affected. Transitions to Odesa Port were stopped. Some containers remain still at the port.

The cargo owners are wondering about the status of their shipments. As ShipsGo, we have created an action plan for this special situation. There are 18 containers in the Port of Odesa with “not released” status tracking by ShipsGo. So, we sent special notifications to the cargo owners who track the container using ShipsGo. Our operation team continues to track the shipments in Odessa. If there is any update on the carrier side, the operation team will update it as soon as possible.

Thanks to the notifications for the containers that have not been loaded yet, our customers decided to cancel the loading and take their shipments from the port then we edited the shipments to “Untracked” status. We received wishes from our customers for this situation to end as soon as possible and for the business to be carried out in peace and harmony.

What does your shipment status mean?

What are sub accounts in ShipsGo?